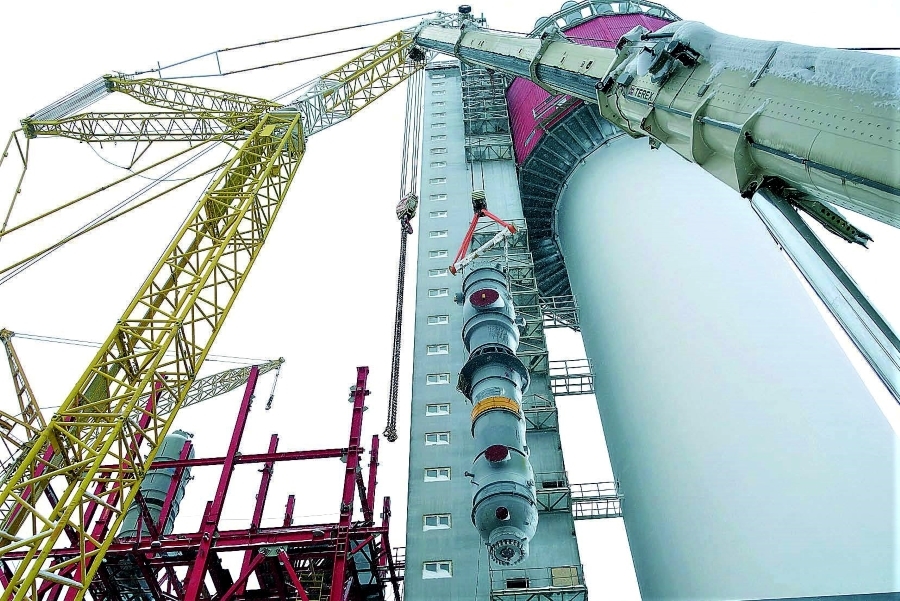 The instalaltion of 107 tons carbamate condenser was performed in January at the Construction Site of “Ammonia-Urea-Melamine” Complex of the “Metafrax” Company in Gubakha. It is planned to complete all mechanical activities at site in 2020.

Preparation works to the main actions for the unit instalaltion started at the beginning of January. Lifting and instalaltion of condenser at an altitude of 44 meters were performed by the specialists of the general work contractor of the AUM Complex construction, “Uralenergostroj” Company and by the representatives of the subcontractors, using two cranes with the load capacity of 600 and 250 tons.

The construction of the AUM Complex is in an active phase. According to the CEO of Metafrax, Mr. Vladimir Daut, it is planned to start up the water treatment unit and the steam boiler in the first half of 2020. All mechanical works at Site will be completely finished in 2020. The Complex will be put into operation in 2021.

The ex-Governor of Perm Region, Mr. Maxim Reshentikov visited the Construction Site of AUM Complex on January, 17. This working trip to Metafrax was his last official visit as the Head of the Region, since on January, 21st, the President of Russia, Mr. Vladimir Putin signed an order to appoint Mr. Maxim Reshetnikov to the post of the Economic Development Minister of Russian Federation.

Starting from the beginning of the project the investments have amounted for more than 54 billion rubles (including VAT). Currently the Object is more than 50% ready.