Armen Garslyan: It is better to have an average price and a stable profit 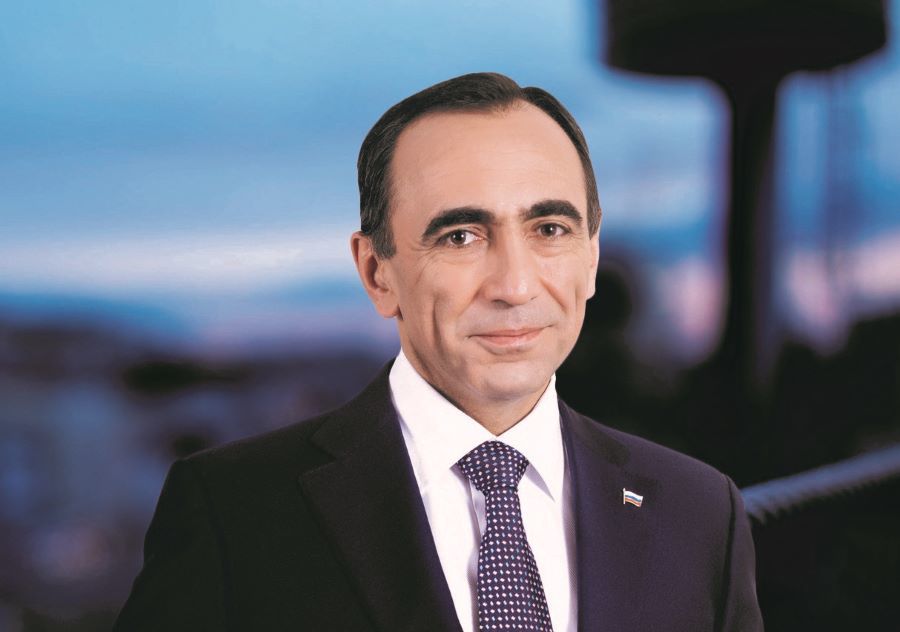 PJSC “Metafrax Chemicals” board of directors’ chairman Armen Garslyan during interview to RBK spoke about negative impact of corona crisis on chemical industry.

“In the world were stopped all automobile plants, tire plants, which are the consumers of rubbers. In addition, there was rapid decrease of fuel demand, for production of which methanol is used, which is produced by us as well. The company production market dropped till zero. The main target became not to stop the plant, because methanol is not a brick, it is not possible to store it outside the fence. Our traders did the impossible and managed to sell all the products, big amounts were shipped to export, so not only did we not stop the plant, but we also did not reduce our methanol capacity. For the other products there was a decrease for maximum 15%”, noted the manager.

According to the top manager, the complex under construction “Ammonia-urea-melamine” has suffered the most from the pandemic consequences, its implementation dates shifted for this year.

“Now we have already received 100% of imported equipment, and it is fully installed. At the moment our aim is till the year end finalize all construction works and start commissioning”, informed Armen Garslyan.

Responding to the question regarding impact of high prices for chemical products on market situation, Metafrax board of directors’ chairman stated that based on results of the year “Metafrax” profit will exceed even the results of before-the-crisis 2019.

“Overly high price of chemical products now causes worries, because this bubble will burst for sure. Always at price estimation it is necessary to look at the customer: will it be manageable or not. And it is better to have an average price, and a profit stable”, said Armen Garslyan.

Commenting signing of the EPC-contract for construction of Melamine-2 plant, he also highlighted that the new project is aimed to solve two issues: decrease the risks on selling of urea, which will be sent to melamine production, and increase margin due to new merchantable goods:

“Despite rather high price — €270 million and around 1 billion rub., — the project has high economic efficiency. Melamine production under the project Melamine-2 has in it several units. One of them - electrolysis unit of treated waste water — is also an important part of “green” projects of the company. In general, our three-year program aimed to solve ecological issues foresees more than 5 billion rubles of investment".

As a perspective Armen also mentioned the project on construction of formalin and paraformaldehyde plants.

“I believe that we shall immediately build the second phase. Now we don’t have the culture of paraformaldehyde consumption. At the moment to Russia this product is exported with high prices, but it is not used properly: for example, in agriculture. We want to change it”, informed Armen Garslyan.

Full interview is available for reading via the link.