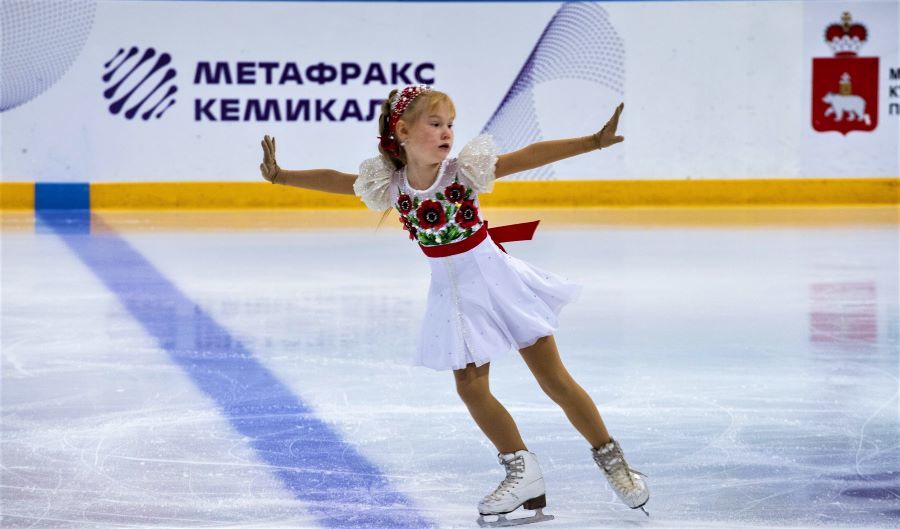 The first open championship of Gubakha in figure skating for the prizes of "Metafrax Chemicals" took place on January 8-9, 2022.

160 representatives of sports schools of Perm region and Khanty-Mansiysk Autonomous region from Gubakha, Perm, Urai, Berezniki, Tchaikovsky, Krasnokamsk and Chusovoy have performed at the “Gubakha” ice rink. The participants of the competition were welcomed at the opening of the tournament by Rashid Shakirov, the Deputy General Director of the enterprise for Personnel and Social Affairs.

Young figure skaters of Gubakha – the pupils of coach named Ksenia Krasilnikova - have won 12 medals at the competitions, with five of them being gold. Victoria Ilyina, Daria Igumina, Daria Baygozina, Ekaterina Cheremnykh and Errick Kotsolainen have won in their respective age groups.

It is planned to hold the open championship of figure skaters in Gubakha on an annual basis.

- This may be the next step in the development of this gorgeous sport in Gubakha, - noted Maria Konovalova, the adviser to the Chairman of the Board of Directors of "Metafrax Chemicals" PJSC and the member of Legislative Assembly of Perm region, - The opening of the children's section in 2019 on the basis of the newly built modern ice rink in Gubakha was a serious push for the development of figure skating in the city. Today we can already see the results - its students adequately represent our city at competitions of various levels. We congratulate the young Gubakha "stars", their parents and coach with well-deserved high results and wish them new achievements in sports.