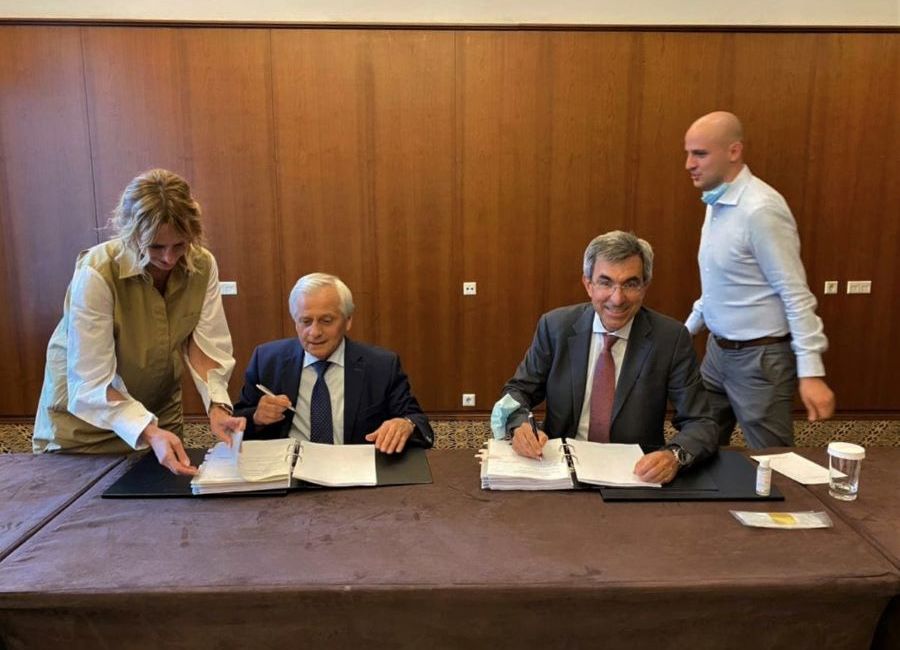 The signing of the Memorandum of Understanding took place in Moscow on July, 22nd, between the Companies «Metafrax Chemicals» and «Casale SA». The document was approved by the CEOs of the Companies, Mr. Vladimir Daut and Mr. Federico Zardi.

The parties intend to implement a project for the construction of a new melamine production plant at the production site of «Metafrax Chemicals» in Gubakha (Perm Region). «Casale» will undertake the obligations to implement the project on the "turnkey" basis (EPC, «engineering-procurement-construction»), including engineering, procurement of all needed equipment and materials, construction works and commissioning of the new plant – up to its putting into operation, which is planned in 2025.

The total cost of the investment project amounts to 270 million euro. The new melamine production plant will be integrated into the Ammonia-Urea-Melamine (AUM) Complex and will increase its capacity by 40 thousand tons of melamine per year. Thus, the total capacity of melamine production at the “Metafrax Chemicals” site will reach 80 thousand tons per year. In frames of the project it is planned to create additionally 59 qualified jobs.

”Casale” plans to involve its affiliated Czech Company “Casale Project a.s.” in the implementation of the project, and the “Stellar Construction” Company, which is part of the “Ant Yapi” holding, as a contractor for the construction of the object.

- The document signed today marks a new stage of long-term fruitful cooperation with our partners from “Casale SA”,- declared Mr. Vladimir Daut. – It means investments in the strategy of further development of “Metafrax Group”. As a result, we will become one of the largest producers of melamine in Europe, provide ourselves with the raw materials for the expanding resin production and create new high-tech jobs.

- The AUM complex, including the melamine production plant, was developed specifically for our partner, the “Metafrax Chemicals” Company, with which we have been cooperating for over 30 years. This is a unique technological solution, the key advantage of which is environmental friendliness and energy efficiency, - noted the CEO of the «Casale SA» Company, Mr. Federico Zardi.

- The construction of melamine production plants will allow us to solve several tasks at once. First of all, we will completely cover the own need of “Metafrax Group” for this product. Secondly, this investment product is important for the development of the economy of the Perm Region. It aims to develop the chemical specialization of the region. Thirdly, some part of the products will be sold by us taking into account the current market conditions, including outside the country, - highlighted the Chairman of the Boards of Directors of the PJSC «Metafrax Chemicals», Mr. Armen Garslyan. – In this regard, the great value for us is the practical support from the governor and the government of the Perm Region, which we feel, including on the development of the AUM Complex and our production site in Gubakha as a whole.