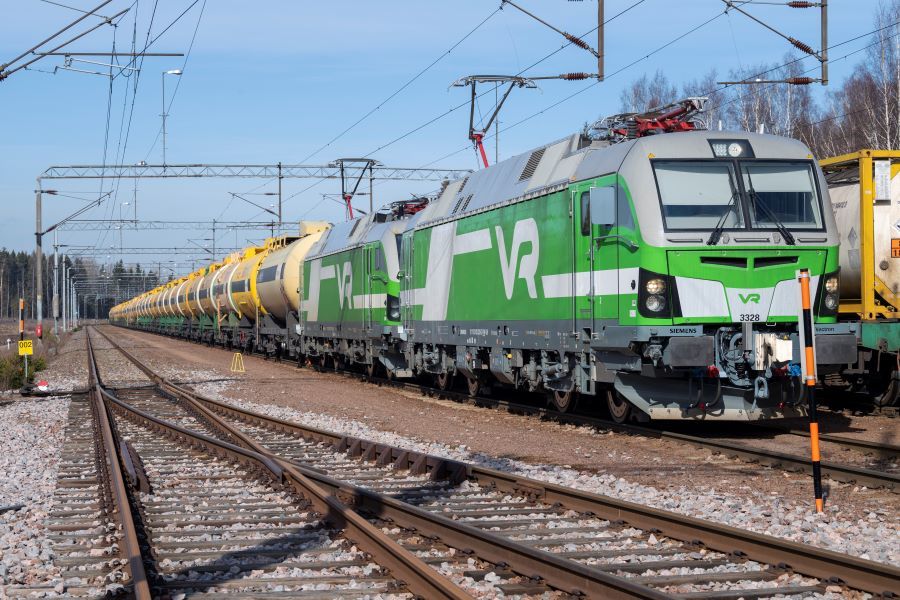 VR Group - the operator of Finnish Railways and the partner of Metafrax Group, have tested new powerful locomotives at the end of March 2020. They will be used to transport products of Metafrax from the Russian-Finnish border to the transhipment terminals in Hamina and Kotka without separating trains at the border. This will reduce the length of stay for rolling stock at the territory of Finland and the turnover time by 1-2 days. Thus, the logistics processes of Metafrax in Finland will be optimized.

As explained by Vasily Mikhailov, the trade manager of the "Metafrax Trading International" company, previously, cargo that moved across the territory of Russia in a series of 65-66 tanks was divided at the Finnish border into several trains.

- Export shipments of methanol produced by Metafrax Group in the ports of Kotka and Hamina are proceeding normally. However, Finnish locomotives were not previously able to pull trains carrying more than 4 thousand tons of methanol. With the introduction of new double Vectron locomotives, Russian trains can be delivered to Finnish ports without separation at the border," - Vasily Mikhailov clarified.

The weight of the train can now be up to 6 thousand tons and its length – 830 meters. VR Group has ordered 80 of these locomotives. Their delivery is expected until 2026.

Metafrax Trading International is a subsidiary trading company of PJSC Metafrax (Russia) as well as part of the Metafrax Group.

The company trades in chemical products - methanol, hexamine, pentaerythritol, dipentaerythritol and others. The transhipment of products is carried out in the EU.

VR Group is the state railway company of Finland. It is engaged in freight and passenger railway transport.