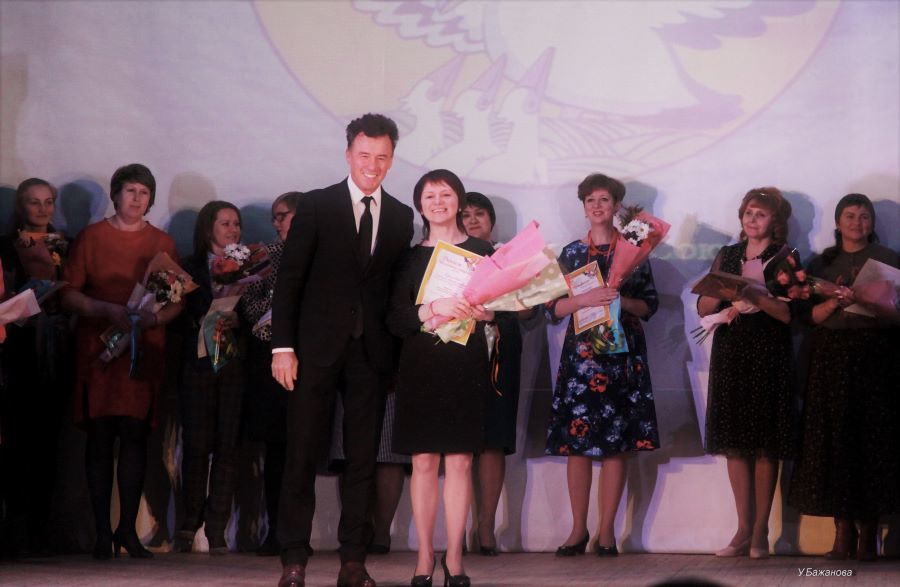 On February 26, awarding of the winners of the contest «Teacher of the year-2020» took place in Gubakha on February, 26. The teachers from the towns of the «Soyuz» association from Gubakha, Gremyachinsk, Gornozavodsk, Chusovoy, Kizel and Alexandrovsk fought for victory. The contest wastraditionally held under the patronage of «Metafrax Group».

Teachers competed in seven categories. 48 people took part in the extramural stage of this contest, 36 of them were choosen for the intramural stage.

The absolute winner was Mrs. Elvira Krylova from Gubakha, the teacher of the supplementary education from the children and youth center "Spectrum". She will introduce the towns of the «Soyuz» association at the regional stage of the «Teacher of the year-2020» contest.

The awards were presented to the winners of the contest by the Member of the Legislative Assembly of the Perm Region, adviser to the Chairman of the Board of Directors of the PJSC Metafrax, Mrs. Maria Konovalova, Deputy General Director of the PJSC Metafrax for personnel and social affairs, Mr. Rashid Shakirov, Head of Gubakha’s Urban District, Mr. Nikolay Lazeykin, Head of the Educational Department of Gubakha, Mrs. Natalya Shaidyllina and Director of the informational and methodological Center, Mrs. Larisa Sizova.

- The contest is held in Gubakha not incidentally. Our town is the forefront in terms of educational development, and we continue to develop further. «Metafrax» together with the Ural College of Chemical Technology and schools of the town introduces new forms, including dual education, implements a joint project with Skolkovo for the youth of the Kizel Coal-Basin. All these innovations are aimed to educate a competitive young generation, - highlighted Mrs. Maria Konivalova.