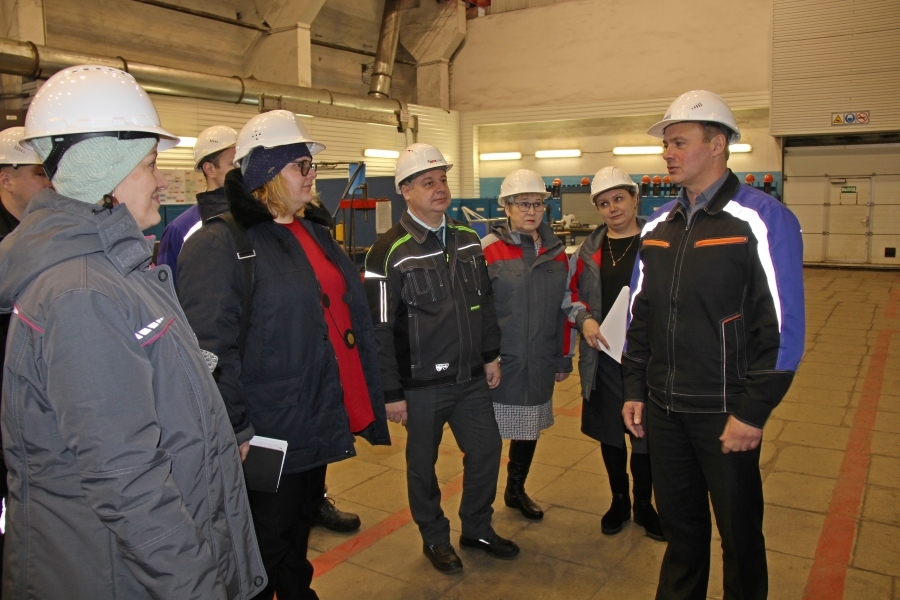 The First Deputy Minister of Industry, Entrepreneurship and Trade of the Perm Region Elena Degtyareva visited “Metafrax” on a working visit. She highly praised the progress in implementation in the company of the national project to increase labor productivity and employment support.

With the “Metafrax” director of finance and economics Elena Vetluzhskikh, adviser to the chairman of the board of directors Maria Konovalova, chief mechanical engineer Alexander Eske and the representatives of the project team the head visited the repair shop of the company, which became the project launching site.

“Metafrax” became a part of the national project for increase of the labor productivity and employment support in September last year. In December, the results of the first three months of work under the program were summed up.

- The result of the project execution will be the optimization of repair processes; they will become more efficient, faster and easier, in production units it will become cleaner and safer. At the same time, having achieved optimization, we do not set our goal to reduce the quantity of the personnel,” said Elena Vetluzhskikh, project manager. – In the Perm Region we are far from the first to become a part of this project; dozens of companies today are implementing a production efficiency program. But I can definitely say that “Metafrax” was the first to optimize the repair processes. The repair workshop became the pilot workshop, in the future we step-by-step plan to introduce a production efficiency program in the power supply workshop and the workshop for maintenance and repair of automated control systems. Ideally, a culture of continuous improvement shall be the culture of our entire enterprise.

During the project execution time the company intends to form a special philosophy of the production culture. Top managers, chief specialists and personnel of the enterprise are actively involved in the work.

- At “Metafrax” a new approach to the organization of the work process is being implemented by increase of labor productivity with an emphasis on the work of the repair service. Execution of the project in the future will ensure the continuous operation of the entire complex, taking into account the newly commissioned capacities, in particular the Ammonia-Urea-Melamine complex. Thus, with an increase in the number of the serviced facilities, as well as maintaining the regular number of the repair service, the unit will be able to fulfill its tasks, comments Elena Degtyareva.