The best lawyer of the year works at "Metafrax Group" 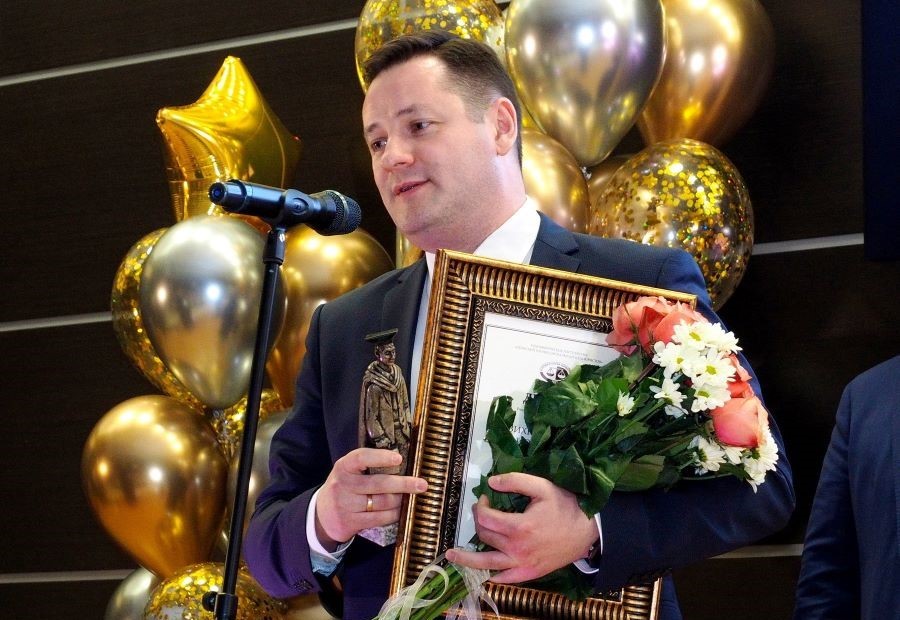 Simon Vikhnin, the Director of Legal Affairs of "Metafrax Chemicals" PJSC was recognized as the winner of the Lawyers Club Award in the "Lawyer of the Year" category.

The grand award ceremony for the winners of Lawyers Club Award took place on December 16 in the conference hall of the Arbitration Court of the Perm Region. At the annual ceremony, which was held for the 19th time this year, awards were presented to the best lawyers of the Perm Region in 9 nominations. The highest award went to Simon Vikhnin, the Director of Legal Affairs of "Metafrax Chemicals" PJSC.

The award was presented to the winner by Tatiana Meshcheryakova, the Chairman of the Arbitration Court of the Perm Region, and Alexander Smertin, the Acting Head of the administration of the Governor of the Kama region.

In response, Simon Vikhnin thanked the Board of Trustees of the award and all the lawyers gathered in the hall for the high assessment of his professional qualities and the honour. Simon Iosifovich expressed special gratitude to the teachers of the Law Faculty of his native classic university (PSNRU).

Simon Vikhnin has been heading the legal function at "Metafrax Group" since 2011. Over the past 10 years, a qualitative growth of the legal service has been achieved, allowing it to support tasks from almost any branch of law with any level of complexity — support for investment projects, participation in complex court proceedings, and legal support for organizational changes in the group's companies. Simon Iosifovich is engaged in social work. He takes an active part in all significant events for the legal community – the Perm Congress of Jurisprudents, the "Pro-PROFI" Regional Student Olympiad. For many years he has been a member of the state examination commission of the Law Faculty of PSNRU. He is a member of the Council of the Perm Branch of the "Association of Lawyers of Russia".

We congratulate our colleague with a well-deserved award and we wish him new professional successes and implementation of his plans!