60 questions and a "Big School-Break" 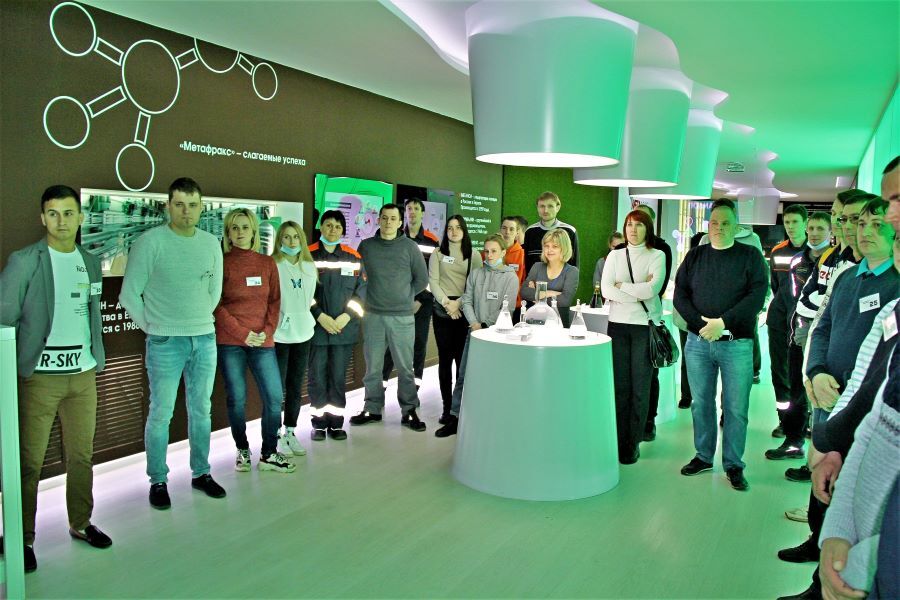 "Metafrax Chemicals" has traditionally hosted the most numerous professional skills competition among employees of the main professions: operators and machinists. This year, 35 people competed for the winning places, 5 of which were students of the Ural Chemical Technology College (UCTC).

The contestants were given 60 minutes to complete the theoretical part. In an hour they had to work through two tests on knowledge of professional duties, plantwide instructions, physical and chemical properties of manufactured products, thermal processes, chemical production equipment, labor protection and industrial safety. There were 60 questions in total. Then the participants were shown a fragment from the famous Russian comedy "Big School-Break". Within it, the contestants had to identify and record all the obvious violations of the rules, norms of labor safety and safety practice at the production.

According to the results of all completed tasks, Andrey Salvitsky, the Deputy Head of the Production and Technical Department, (PTD) named the winners. This year, Oleg Baranov, the methanol production operator, became the best among the operators. The second place was taken by his colleague at the plant, operator Alexander Ulyusov, the third place was taken by Pavel Murtazin, the urea plant operator.

Lyudmila Krasnykh, the chairman of the trade union organization of the enterprise, has also rewarded the participants of the competition. As noted by Andrey Salvitsky, UCTC students showed good results at the competition. Elena Vins became the best among them, Daria Bazhova took the second place, and Vladimir Trofimov took the third.

Traditionally, the main contest bonus for the winners was an increased salary during the year: the holders of the first place had an increase by 7%, the second – by 5%, the third – by 3%.