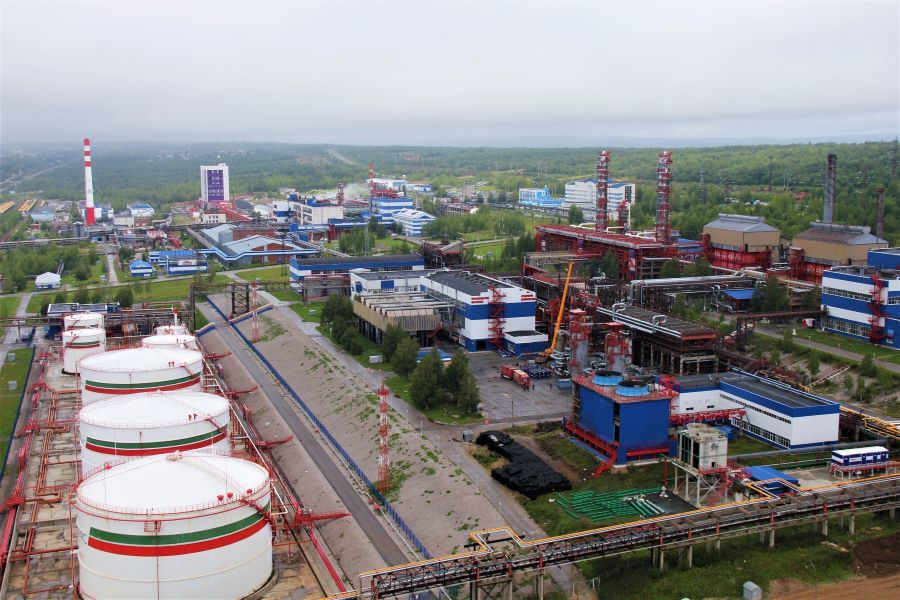 In addition to annual routine maintenance works on the unit, a number of projects significant to the entire plant is implemented.

"During two weeks of round-the-clock works, the catalyst in the synthesis flow reactor was replaced as it had reached the end of its service life. This operation is carried out once every five years. Within 10 days we replaced distribution water pipes and nozzles on the main cooling tower of the water circulation cycle due to its physical deterioration", said Aleksandr Vdovin, Technical Director of PJSC Metafrax Chemicals.

"The operation made it possible to blind the old gas pipeline and make the area free. A second melamine plant will be erected on this site under a contract with Casale SA. Now our company will be using the new gas transportation system”, highlighted Mr. Vdovin.

Works were also carried out on the partial oxidation reactor of natural gas, the heat exchanger (reboiler) on the predistillation column was replaced, what will double its efficiency. The rotor balancing on ID fan of furnace No. 2 was performed.

As part of the three-year project, all 12 transformer substations operating since 1984 at Metafrax Chemicals will be replaced.

"Every year we will be installing four new power units. This year is the first year and we successfully replaced the first four transformers with new ones. In the course of the shutdown, we also improved the reliability of power supply: switchboards were modernized and sectional breakers were replaced. In fact, we are replacing main facilities of power units with modern ones, which use microprocessor technology”, stated Technical Director.

Scheduled works were done accurately, on time and with high quality. The methanol unit is started up and running in normal operating mode.