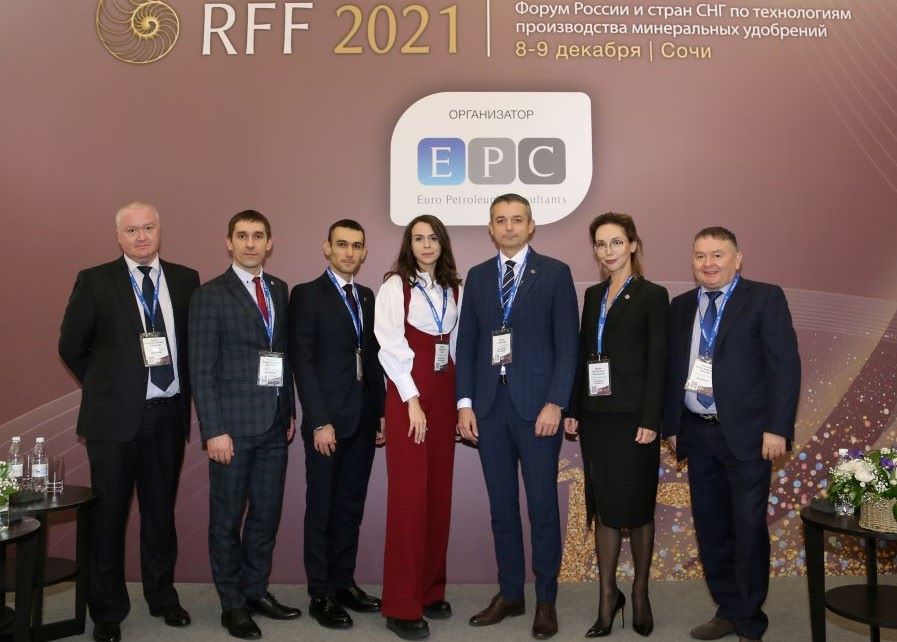 Over 80 representatives of the largest companies of Russian chemical industry, as well as providers of technologies and solutions, discussed the possibility of creation of new environmentally safe production facilities in the country, as well as “greening” of the existing facilities, during the forum between Russia and the CIS countries dedicated to mineral fertilizers: RFF 2021. The event took place on December 8-9 in Sochi.

- Issues of introduction of the closed cycle economy, development of green technologies and ecological approaches in agrochemistry are naturally inserted into the global agenda. The climate change topics are heard from the highest tribunes for a reason. Future of our children and future of the entire humanity directly depend on its successful resolution. — Highlighted Armen Garslyan, Chairman of the Board of Directors of PJSC Metafrax Chemicals, in his message to the participants of the forum.

Colin Chapman, President of company Euro Petroleum Consultants, that was an organizer of the forum, thanked Gazprombank, the general sponsor of the event, as well as the partners: Metafrax and Schokinazot, for their assistance in holding of the forum, in his video message.

- Several important projects have already been implemented in the gas sector, for example, at Schokinazot and Metafrax; there are also miscellaneous projects that are under development at Eurochem, Fosargo, Akronom and the other companies. – Noted Colin Chapman.

During the forum, Metafrax Group was represented by the delegation that consisted of the top managers of Metadynea, Metafrax Chemicals, and Engineering and Process Center Metafrax. These companies heavily work on introduction of the modern ecological technologies that allow increasing of the output of their products, as well as decreasing of hazardous substances emissions.

- The Russia largest Carbon Dioxide Recovery Unit that will allow two-times decreasing of CO2 emission, as well as the Waste Water Treatment Unit, are foreseen at the Ammonia-Urea-Melamine Complex that is under construction in Gubakha. — Said Nikolay Ilyukhin, General Director of Engineering and Process Center Metafrax.

- In addition to the ecological matters, modernization and extension of the existing production facilities, as well as deeper methanol treatment, saving and increasing of the market share for several chemical products, saving and development of human capacity, increasing of the internal efficiency, and creation of new production facilities with possibility of the vertical integration, are the priority short- and mid-term tasks that Metafrax Chemicals has set itself. — Reported Levon Garslyan, Deputy General Director for Strategic Development and Evaluation of Investment Projects of LLC Metadynea, in his presentation dedicated to the Group of Companies development strategies.

Andrey Eremeyev, Technical Development Director of PJSC Metafrax, described the project for construction of the second Melamine Plant with capacity of 40 thousand ton per year at the plant to the participants of the forum in details.

Moreover, ceremony of signing of the Contract of Basic Design of the Production Complex of Low-Tonnage Chemistry Products, BIO-Propylene Glycol (BIO-MPG) and Glycerin took place at the forum hall between companies Metadynea and Air Liquide Engineering & Construction. For more details about the event, please visit Metafrax Group web-site: link

Besides, celebration of 100 years anniversary of company Casale, the leading licensor of ammonia and urea, multiannual and reliable partner of Metafrax Group, took place during the forum.